Lectins in Peanuts and Other Foods 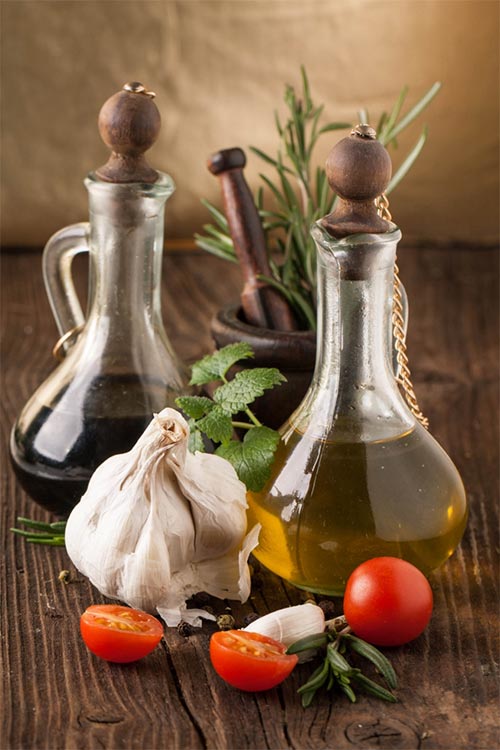 Should we be concerned?

According to a 2018 Consumer Survey conducted by the International Food Information Council (IFIC), approximately 36% of Americans follow a specific diet [1]. According to the survey, two of these diets, the Whole30 and Paleo diets, are followed by 12% of Americans [1]. Both advocate the avoidance of legumes because they contain lectin [2]. The idea of a lectin-avoidance diet was made famous by Dr. Steven Gundry in his 2017 book, “The Plant Paradox.” Gundry argues that while plant foods are generally considered healthy, some of them contain lectins, which lie at the heart of many of today’s common health problems including inflammation, leaky gut, autoimmune diseases, obesity, and cancer [3].

Background: What are lectins?

Lectins are naturally occurring proteins that can bind to carbohydrates. They are found in animals, plants, bacteria, and viruses[4]. A wide variety of plants contain them including wheat, soy, peanuts, tomatoes, and potatoes [4]. Lectins defend plants from predators through antibacterial, antiviral, antifungal, and anti-insect activity [5]. Other compounds in plants are protective in similar ways, including antioxidants like anthocyanins, isoflavonoids, and other phenolics [6]. Lectins are classed as an anti-nutrient because they can potentially interfere with the absorption of other nutrients in humans. Other anti-nutrients include phytates (found in seeds and grains), calcium oxalate (found in spinach), and tannins (found in tea) [4]. While the majority of lectins are eliminated by cooking, others are resistant to heat and the digestion process [4].

In animals, lectins are found all throughout the organism and have various functions involving cell signaling and inflammation [7]. Evidence suggests that some lectins may increase inflammation and promote disease progression [7]. However, little is known about the physiological function of lectins found in plants. Some functions may include pathogen defense, mapping of neuronal pathways, assisting in tumor cell killing, and bloody typing.
A February 2020 study published in International Journal of Biological Macromolecules reviewed the current knowledge about the structure and function of various plant lectins, specifically the ones found in legumes. The study noted that there are a large number of lectins in legumes. They all have the unique ability to bind to specific carbohydrates, which allows them to have various applications in biological processes like infections (viral, bacterial, etc.), inflammation, and cancer [8]. Some lectins have been shown to induce inflammation (like PELa, a lectin found in the P. Elegans tropical tree), while others are anti-inflammatory (like LAL, a lectin found in the Lonchocarpus araripensis deciduous tree native to Brazil). Some lectins can activate pain receptors (eg., PELa), while others seem to reduce pain (eg., LCaL) [8].

Lectins are widespread in foods. Here is a list of some plant foods that contain them [9]:

Are lectins harmful for human health?

As with many foods and even water, consuming large amounts of lectins could be toxic for humans [4]. However, there is no current recommended daily limit. Between 1976 and 1989, there were 50 reported cases of kidney bean food poisoning [10]. Symptoms of acute poisoning included abdominal pain, vomiting, and diarrhea. The source of the outbreak was identified as lectins in uncooked or partially cooked kidney beans. Cooking kidney beans significantly decreased the amount of lectins in them from between 80-100,000 haemagglutinin units (HAU) to <400 HAU [10]. Therefore, care should be taken to properly cook legumes like kidney beans to avoid adverse effects.

How much lectins do peanuts contain?

As noted in the table above, the uncooked peanuts contained 144.7 micrograms (µg) of lectins per gram of peanuts (there are 1,000,000 micrograms in one gram). Lectin content significantly decreased with cooking time in both roasted and boiled peanuts, with the content in boiled peanuts decreasing more rapidly than in roasted peanuts. However, after 30 minutes of cooking, the amount of active lectin was zero regardless of the method. The author concluded that “the amount of heat used in roasting or boiling peanuts in the present study was sufficient for 100% inactivation of peanut lectin.”

The study also looked at active lectin content of some commercially available peanuts and peanut butter randomly drawn from supermarket shelves. The following table from the manuscript highlights those amounts [11]:

A 2011 study found similar results when measuring the lectin activity of peanuts on red blood cells (types A, B, and O) in hemagglutinin units (HAU) [12]:

1This table was adapted from Embaby, H.E.-S., Effect of heat treatments on certain antinutrients and in vitro protein digestibility of peanut and sesame seeds. Food science and technology research, 2011.

What do we still not know?

The reality is that there is still much to learn about the role that lectins play in human health. Most of the available studies that have been conducted were done in ways that make it difficult to translate the findings in a public health setting, including:

Could lectins be beneficial?

We do not fully understand the actions of lectins either by themselves or within foods. Available evidence suggests that in some cases, lectins may even be protective against cancer, some viruses, and infections. For example, PNA, the main lectin in peanuts, seems to be highly reactive to tumor cells. It has been associated with suppression of tumor development in mice [8]. When used in medical applications, it also helps drugs to be more effective because they can recognize the tumor cells better with PNA than without it [8]. PNA seems to be effective at suppressing the Herpes Simplex virus, while Machaerium lectins in the sunflower plant have been shown to effectively inhibit HIV [8]. Research surrounding the structure and biological functions of lectins is still ongoing, and more needs to be done to understand the unique characteristics of various plant lectins and their application in humans.

The problem of eliminating plants

It is also crucial to consider the synergistic actions of nutrients within a whole food and their physiological responses. Most of the lectin-containing plant foods listed above have been shown to provide multiple health benefits for humans. For example, regular peanut consumption has been associated with reduced risks of heart disease, cancer, diabetes, inflammation, obesity, Alzheimer’s, and gallstone disease [13]. Therefore, the recommendation to eliminate lectin-containing plant foods runs against the larger body of scientific evidence that promotes them for better health. To eliminate plant foods from one’s diet would be to forfeit that protection they provide for the body.

It is not necessary to eliminate lectin-containing foods from the diet. Proper cooking methods can significantly reduce or eliminate lectins in foods, making them safe for consumption. Further, the large body of scientific evidence shows that these foods (including peanuts) are overwhelmingly associated with positive health outcomes.