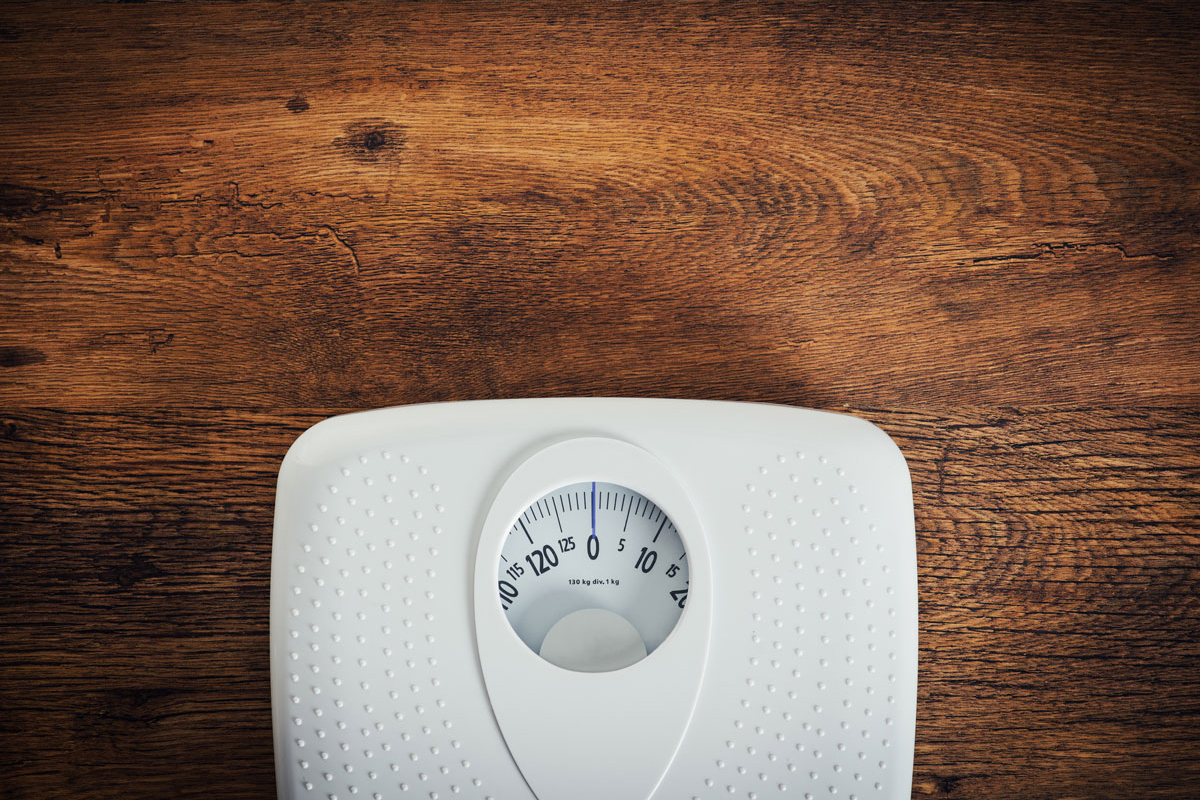 Peanuts elicit strong dietary compensation by reducing the desire to eat and research shows people naturally compensate for up to 3/4 of the calories consumed from peanuts by consuming fewer calories throughout the day.15

Other factors that may play a role in why peanuts can help with weight maintenance, includes their effects on metabolism and digestion. In one study, resting energy expenditure increased by 11% after regular peanut consumption for 19 weeks,11 and another study showed 15-18% of calories from peanuts are excreted and not absorbed by the body.15,16

It is likely there is no individual component of peanuts responsible for their powerful effects on health and diet, but the complete package they provide that offers these benefits and makes them unique assisting with weight management and satiety.

Losing weight by following a healthy diet doesn’t mean giving up the foods you love! Consuming a small serving of peanuts or peanut butter daily for weight loss has been proven to positively impact the success of weight loss diets.

Peanuts have also been shown to help increase the amount of energy (or calories) individuals may burn while at rest, a number known as our resting energy expenditure (REE). One trial noted an 11% increase in subjects’ REE after 8 weeks of peanut consumption, and a 5% increase for overweight individuals who just supplemented their diets with peanut oil for 8 weeks.

Other factors that may play a role in why peanuts can help with weight maintenance, includes their effects on metabolism and digestion. In one study, resting energy expenditure increased by 11% after regular peanut consumption for 19 weeks,11 and another study showed 15-18% of calories from peanuts are excreted and not absorbed by the body.15,16

It is likely there is no individual component of peanuts responsible for their powerful effects on health and diet, but the complete package they provide that offers these benefits and makes them unique assisting with weight management and satiety.

Are Peanuts Good For Your Diet?

Plus, eating peanuts as part of a healthy diet to lose or manage weight can benefit your body in other ways. When peanuts, peanut butter, and peanut oil were part of high monounsaturated fat weight loss diets, compared to low-fat diets, they had more favorable effects on cholesterol.

The new word is, “Don’t go too low-fat.” There is new evidence that a higher unsaturated-fat diet helps with weight loss while improving heart disease risk. A new controlled clinical trial compared a low-fat diet to a higher unsaturated-fat diet that provided 35% of calories from fat, half of which came from peanuts, peanut butter, and peanut oil. The low-fat diet provided 20% of calories from fat. Both groups lost similar amounts of weight during the six-week weight-loss period, about 15 pounds, and kept it off for the four week maintenance period.

However, in terms of heart disease risk factors, the higher unsaturated-fat diet reduced the risk of cardiovascular disease by 14% compared to baseline. Both diets decreased total and low-density lipoprotein (LDL) cholesterol, but the moderate-fat diet had the added benefit of maintaining “good” high-density lipoprotein (HDL) cholesterol, decreasing triglycerides, and lowering the ratios of total and non-HDL cholesterol to HDL cholesterol throughout weight loss and weight maintenance (3).

Additionally, a study carried out at Penn State University found that the composition of the diet during weight loss and maintenance had an impact on what was happening inside the body. During weight maintenance, researchers found that, compared to a moderate-fat diet that included peanuts, peanut butter, and peanut oil, a low-fat diet caused triglyceride levels to increase—to levels higher than before the study began.

Get it Off, Keep it Off!

One of the major problems people have with sticking to a weight-loss plan is that they feel deprived or get tired of eating “diet food.” Researchers usually predict some decline in the pleasantness, or hedonics, of foods eaten daily for a long period of time. Even though some weight-loss plans can result in monotony, in the clinical trial just described, participants reported that continual consumption of peanuts over the course of the study did not make them “tired” of eating them. In fact, the ability to eat enjoyable foods such as peanuts and peanut butter may help people stick to a weight-loss plan for life (8).

Adding evidence to this point, researchers at Harvard School of Public Health and Brigham and Women’s Hospital in Boston found that people following a Mediterranean-style, moderate-fat, weight-loss diet were able to keep weight off for a longer period of time than people following the traditionally recommended low-fat diet. In part, the palatability of the Mediterranean-style diet may have helped contribute to weight loss and weight maintenance (8).

In this study of 101 overweight men and women, half were instructed to eat a low-fat diet (20% calories from fat) and half to eat a moderate-fat diet (35% calories from fat, mostly monounsaturated from peanut butter, nuts, and healthy oils). All participants were given guidelines to eat a diet of approximately 1,200 to 1,500 calories that was low in saturated fat and cholesterol (8).

Only 20% of study participants could stick to the low-fat diet while more than half stuck to the moderate-fat diet. Both groups had lost an average of 11 pounds at the one-year mark. However, as illustrated in Chart A, the moderate-fat group kept a significant amount of weight off for 18 months. On the other hand, the low-fat group did not keep the weight off and even began to regain the weight they had lost. After two years, most of the low-fat group regained all of their weight and more (8)<.sup>.

As interesting as the weight loss itself, is what the participants ate in the moderate-fat and low-fat groups. Participants were given dietary guidance, but they were allowed to make their own food choices throughout the study. The moderate-fat diet group was instructed to add small amounts of healthy fats to their calorie-controlled diet. This might include using a small amount of olive or peanut oil to sauté vegetables, snacking on a handful of Food Intake of the Moderate-Fat and Low-Fat Weight-Loss Dieters peanuts, or using a tablespoon of peanut butter on their toast in the morning. Including small amounts of healthy fats in their diets actually improved the diet quality of the moderate-fat group. They had a higher consumption of vegetables, peanut butter, peanuts, and tree nuts versus the low-fat group. People following the moderate-fat diet increased their vegetable consumption by one serving per day and their peanut butter consumption by almost a serving (32 grams or 2 tablespoons) each day, compared to baseline.

The moderate-fat group had a better quality diet overall because they consumed greater amounts of fiber, protein, and “good” unsaturated fat compared to people on the lower fat diet

Whatever your method for weight loss, the nutrients in peanuts can help you keep the weight off in the best way for your body and your long-term health.