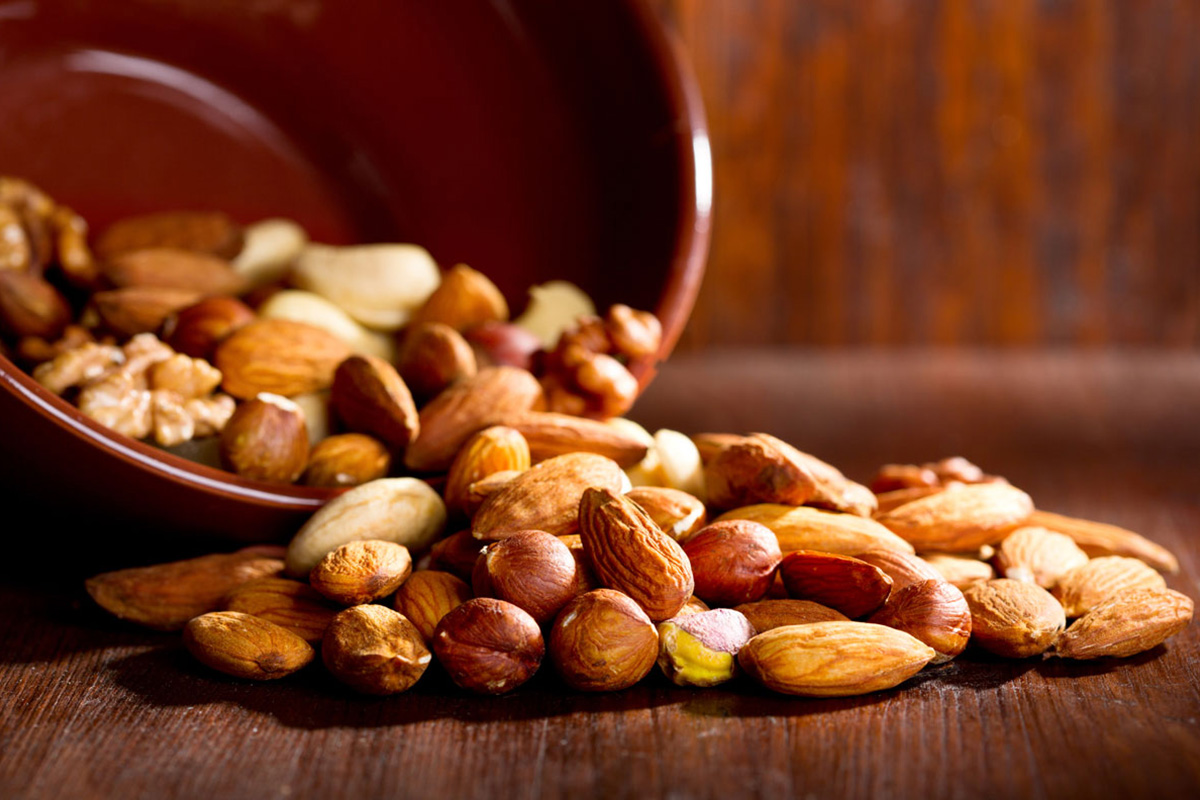 Growing peanuts in the United States is a unique and interesting process that’s unlike just about any other nut. If you’d like to learn more about how the below four market types are grown, check out the National Peanut Board’s website here.

Virginia peanuts are often called “cocktail nuts” and are considered large-kernelled. Their size makes them wonderful for processing to become salted peanuts, confections, and roasted in-shell.

This largest member of the peanut family is grown primarily in North Carolina, South Carolina, Virginia, and Texas.

Roasted Virginia peanuts are a great, quick snack. For a great peanut mix for your next party, gathering or for your child’s snacktime, check out our recipes page.

Runner peanuts are the most widely consumed peanut variety. They’re full of delicious flavor, great roasting characteristics, and high yields. Runner’s medium size makes them the first choice of producers for use in peanut butters.

Peanut butter has many great health benefits and adds lots of flavor to many recipes. Here is one you can try for a nutrition-packed dessert: Peanutella Crepes.

They are mostly grown in Georgia, Alabama, Florida, Mississippi, Texas, Oklahoma, North Carolina and South Carolina due to their need for a warm climate and sandy, well-drained soil.

Spanish peanuts are identifiable by their smaller kernels and their reddish-brown skin. They are used mostly in peanut candies, peanut and nut snacks, and peanut butter.

They also have a higher oil content than the other types, which makes them the best for extracting oil.

Peanut oil is very versatile in the kitchen, especially for adding flavor and complexity. Try it with our recipe for Squash-Peanut Coconut Curry to see for yourself.

Peanut oil is also becoming a popular option for cooking because of its healthy fats and high cooking temperature. (Visit Turkey Frying to see how it makes the best deep-fried turkey!)

Spanish peanuts are grown mostly in Texas and Oklahoma.

Valencia peanuts are a sweet type of peanut that are covered by a bright red skin and usually contain three or more kernels in a longer shell. They are mostly served as roasted peanuts and sold in their peanut shell or boiled.

Boiled peanuts are a Southern staple that date back to America’s colonial days. Try this recipe with Valencia peanuts to create your own, courtesy of the National Peanut Board.

While grown less frequently in the U.S., the primary production here is in New Mexico and Texas.

The peanut plant is very versatile. There are also many non-food uses for peanuts using the peanut shells, skins, and kernels.