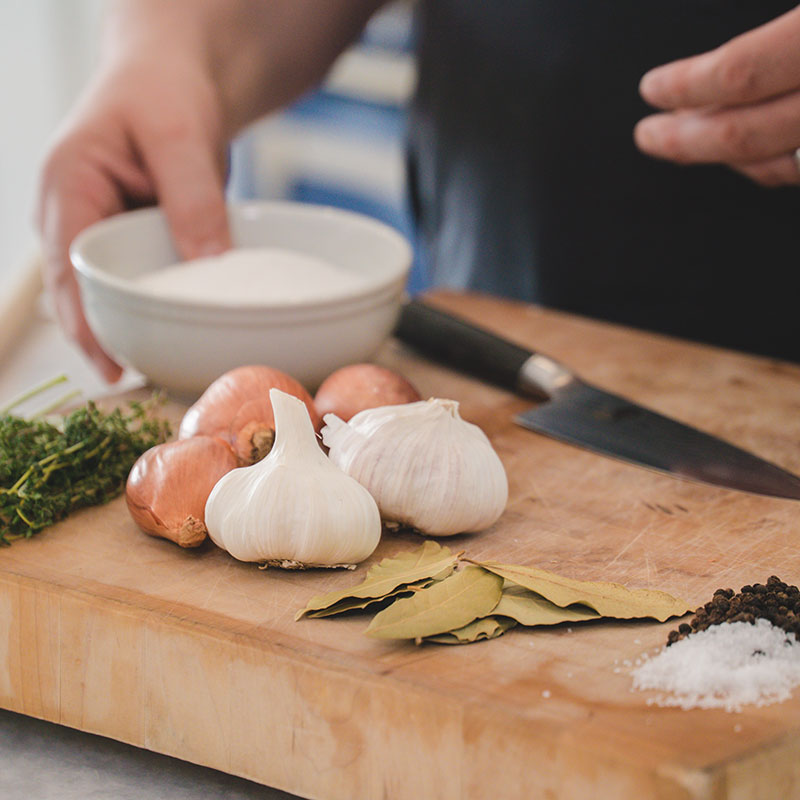 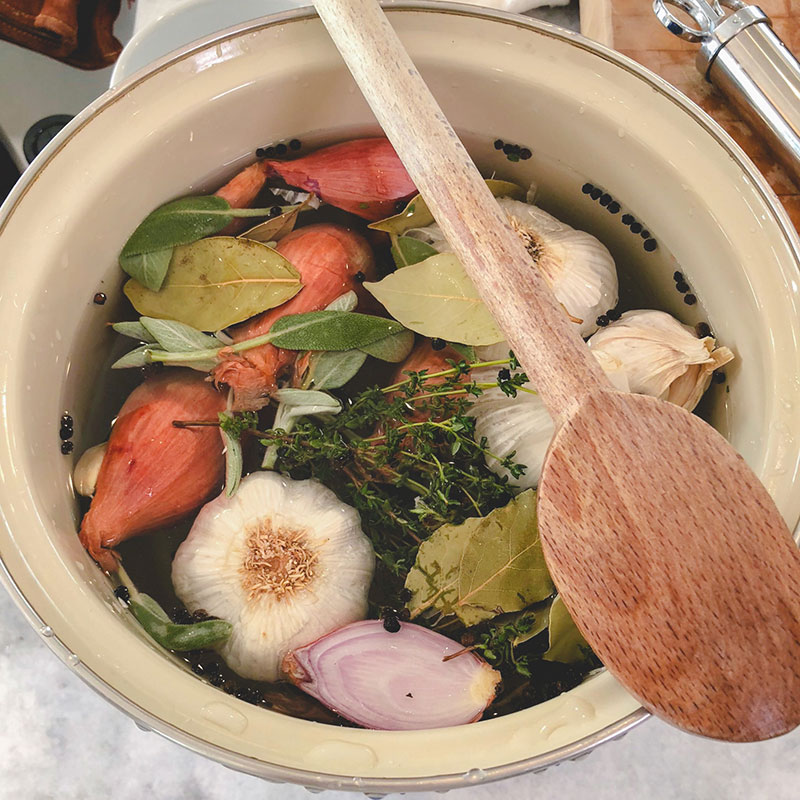 Remove from the heat and cool 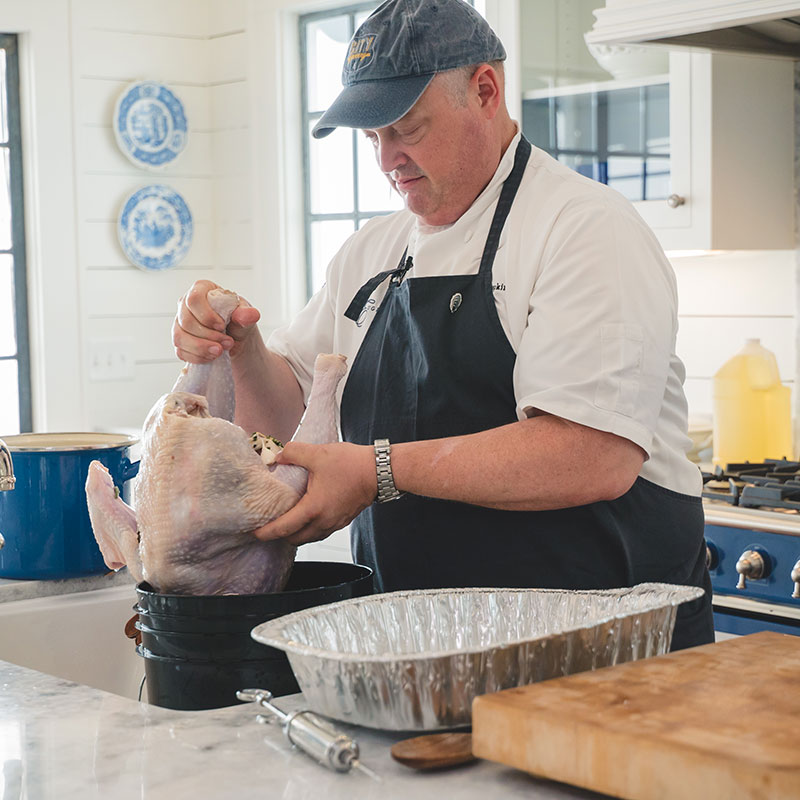 Place the liquid into a large container, bag or clean bucket that can accommodate the turkey 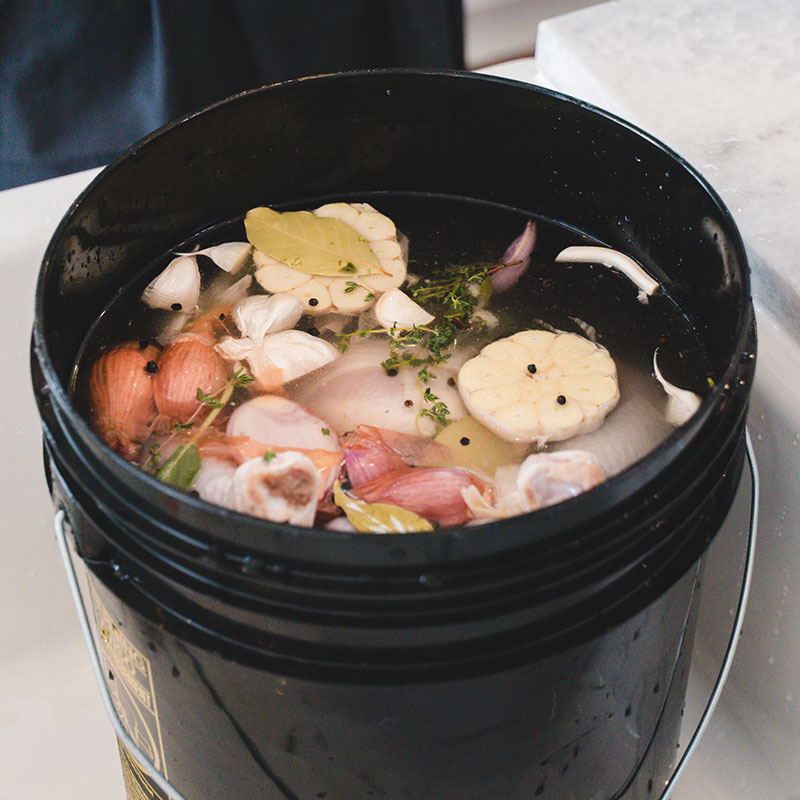 *This liquid can also be used to inject the turkey 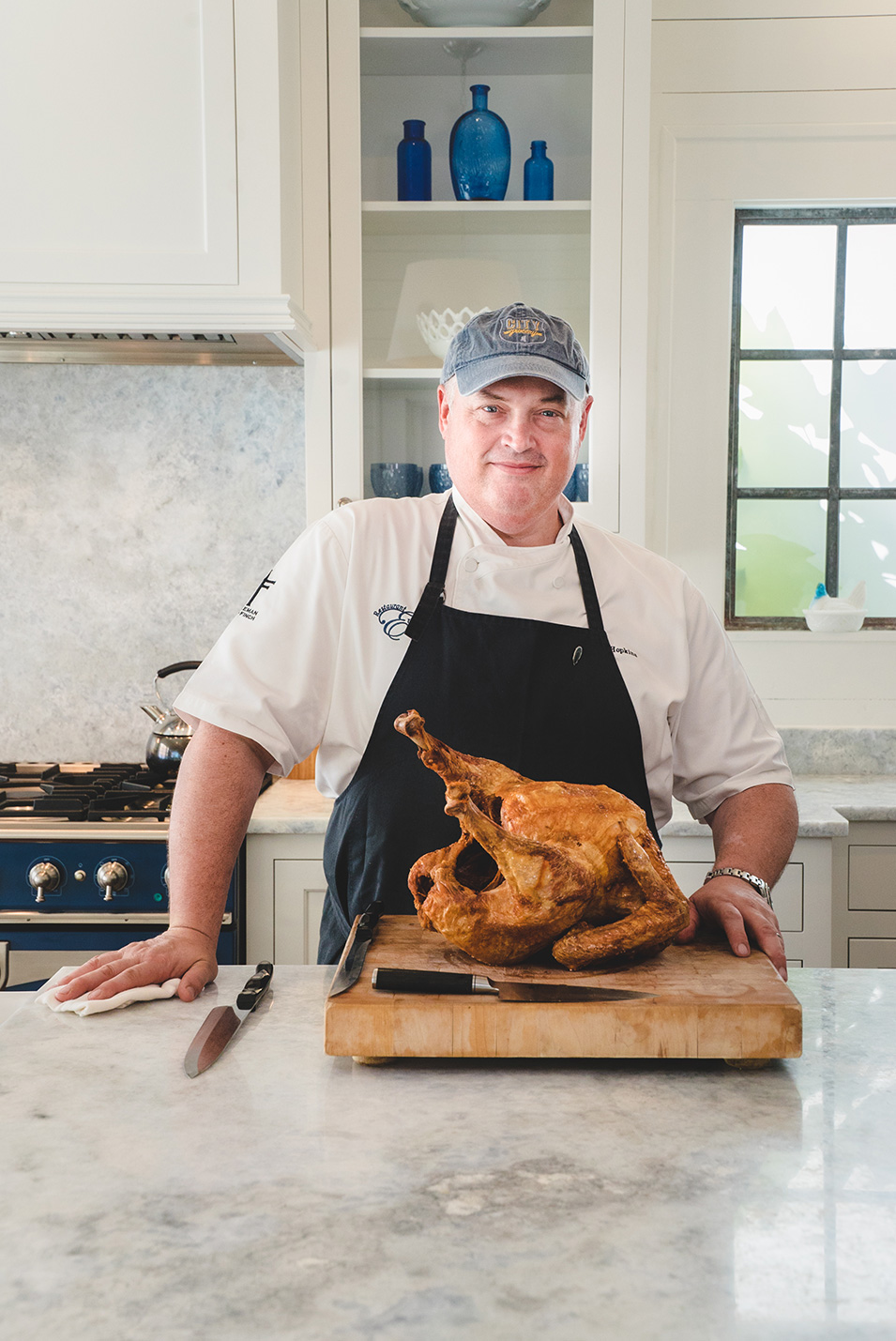 An internationally acclaimed chef-owner and Atlanta native known for celebrating local produce and community-driven cuisine, Linton Hopkins delivers radical and meaningful experiences inside and outside of his remarkable selection of dining destinations.

Hopkins and wife Gina are true stewards to the Atlanta community. The two co-founded the Peachtree Road Farmers Market in 2007, and began working hand-in-hand with Delta Airlines in 2013, building the premier locally sourced, seasonal menu in aviation history.

The Atlanta Braves are also a valued partner of the Hopkins’ team, with H&F Burger relocating to SunTrust Park, in addition to a steakhouse debuting outside the stadium, in support of the organization. A new concept for Hopkins, the steakhouse will open its doors in Battery Park in March 2016, along with the SunTrust Park location of H&F Burger open in time for Braves opening day.

Linton and Gina, along with their son and daughter, share a passion for cooking at home and surrounded by family. They are committed to and involved in the ongoing good-food movement, with endless support of the community and dedicated efforts to making Atlanta a better place for food and experiences. Linton has served as President of the Southern Foodways Alliance and partnered with Michelle Obama to celebrate the First Lady’s Chef’s Move to Schools Initiative, and the Hopkins work closely with environmental organization Captain Planet Foundation. Linton insists that making mayonnaise from scratch, and teaching others to do the same, can change the world.

Are you ready for the most deliciously tender and juicy turkey you have ever tasted? Deep-fried turkey is one of the South’s best-kept culinary secrets and authentic turkey frying starts with 100% peanut oil. Read on for recipes and how-to and safety tips on...
Read More

The best way to season your turkey, or any other large piece of meat, is with an injector and a spicy sauce (recipe for sauce below). Use at least 1/2 oz. of sauce per pound of turkey (1 oz per pound is what we use), making sure to inject the sauce deeply and evenly....
Read More